Drew Willson writes music on the side: his day job (which frequently extends into nights) is to serve as an ordained minister.

But Drew’s music is also inspired by the sidelines: people and moments on the margins that would be missed without opening up to their art. He still misses more than he’d like, but his songs are occasions in which he stuck around long enough to learn and reflect back to the world around him.

More about the album Ritual Matters 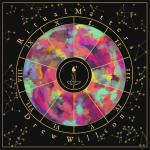 Ritual Matters is a ten-song loose exploration of what we do in hard times. What’s really going on, and what choices do we have? Who will go with us, who will lead the way, and how will we get through?

The songs for Ritual Matters were all written in the 19 months after Inviting Storms to Town was released in June 2016.

With the support of crowdfunders and concertgoers, and with a core band of Jim Bennett on keys and Kevin Davis on percussion, Drew headed into Montrose Recording in the winter and spring of 2018.

Ritual Matters was engineered and mixed by Adrian Olsen, and mastered by Ed Brooks of Resonant Mastering.

More about the album Inviting Storms to Town

A courageous crew of crowdfunders supported the production of Inviting Storms to Town through an Indiegogo campaign in the winter of 2016. Subsequent recording at James Gammon Productions continued into the spring in Charlottesville, VA.

Inviting Storms to Town was engineered and mixed by James Gammon, and mastered by Dave Sperandio for Vocal Mastering.

Thanks for the generous spirit of everyone involved!

< Previous Next >
+ Add your own event Eventbrite